Time to explore the South island! From Wellington on, I couldn’t stop staring through the window of the plane, especially the contrast between mount Tapuae-O-Ueneku and the blue turquoise sea around Kaikoura.

I had booked a hostel that was not really in the centre but with a very special story: it’s an old prison! The staff of the Jailhouse accomodation was super welcoming, with nice play on words. 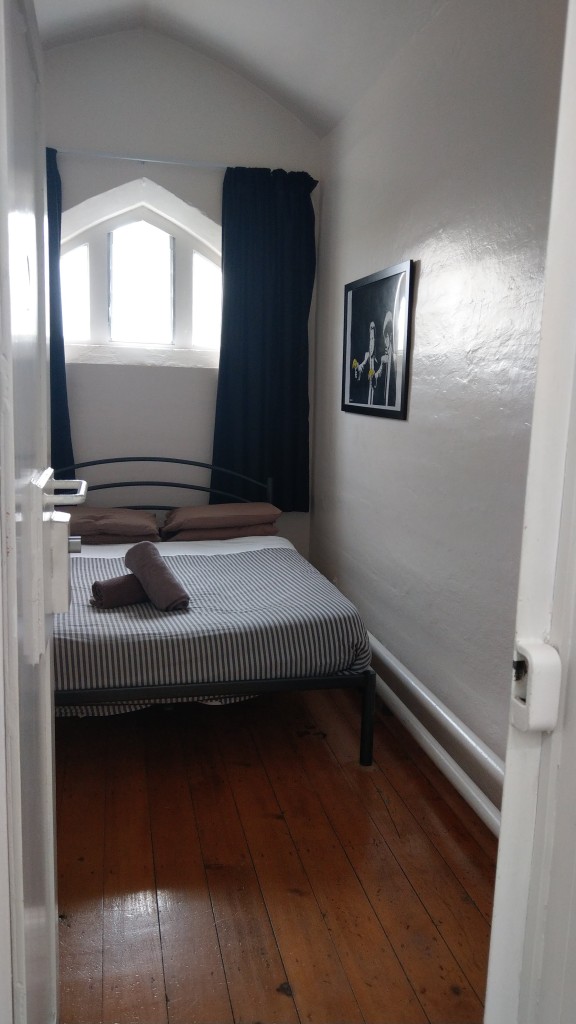 What to do in Christchurch? 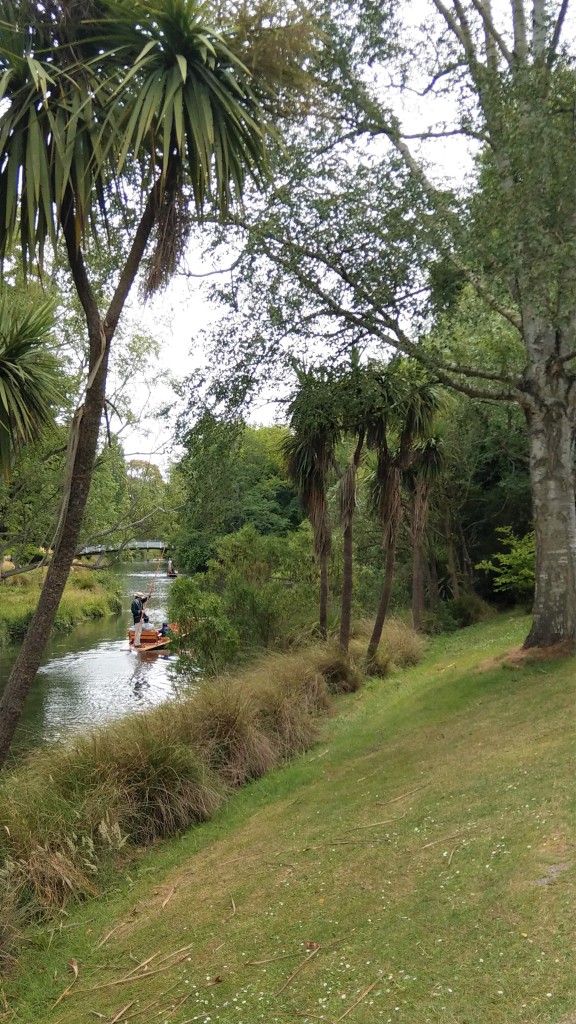 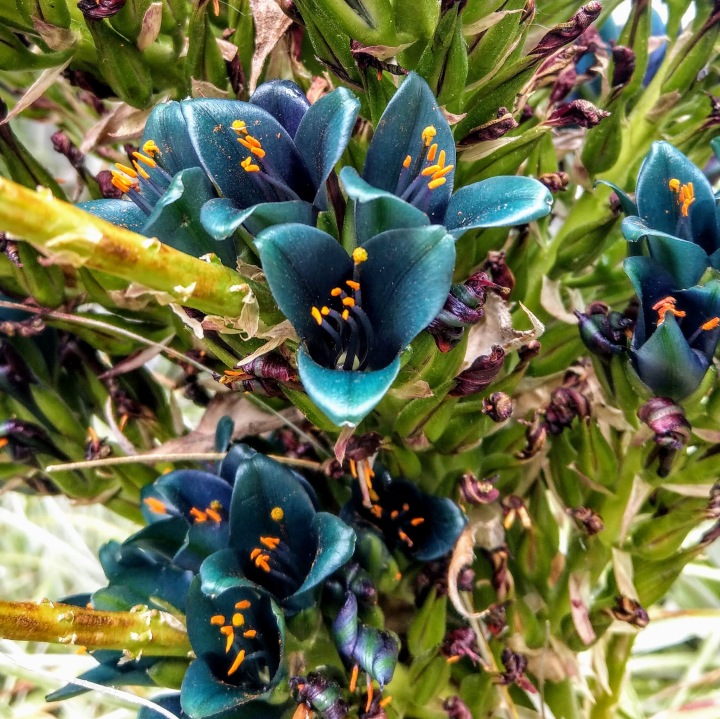 More about Christchurch and nice places to eat and drink here.

What to do in Kaikōura? 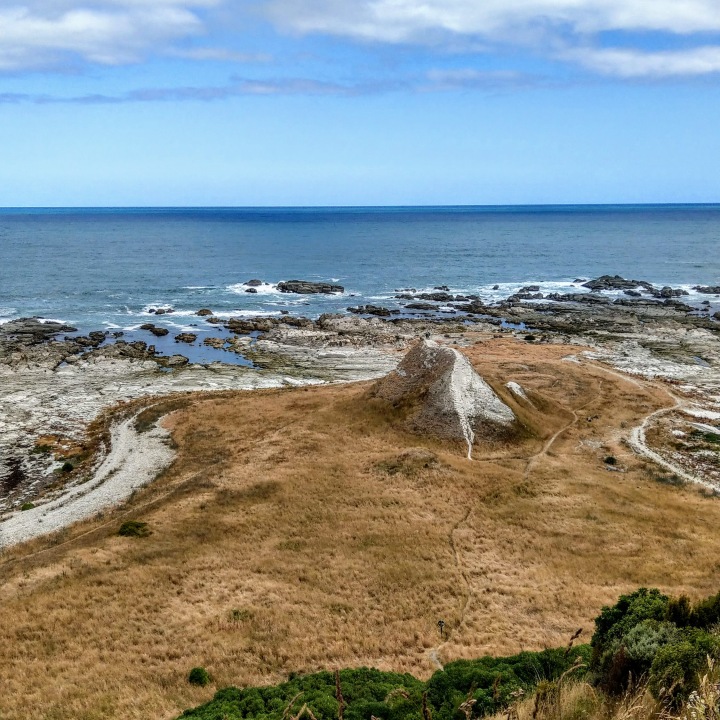 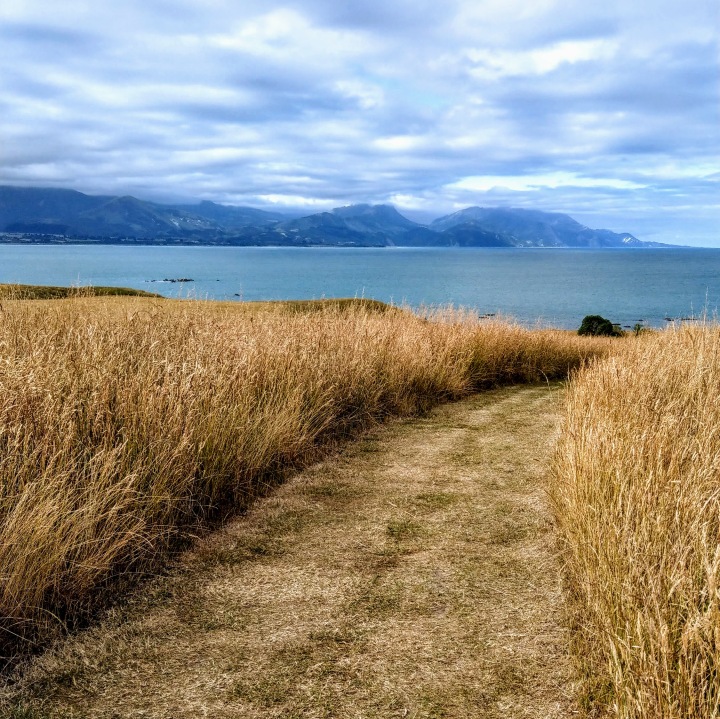 My local recommendations: the spectacular views from Kaikoura Seaside Lodge and the delicious food from The Pier.

We then drove through the country towards Punakaiki on the West Coast. If you have more time, I would advise you to stop for one night somewhere on the way as the drive was particularly long, especially the inland road from Kaikōura to Culverden.

What to do in Punakaiki? 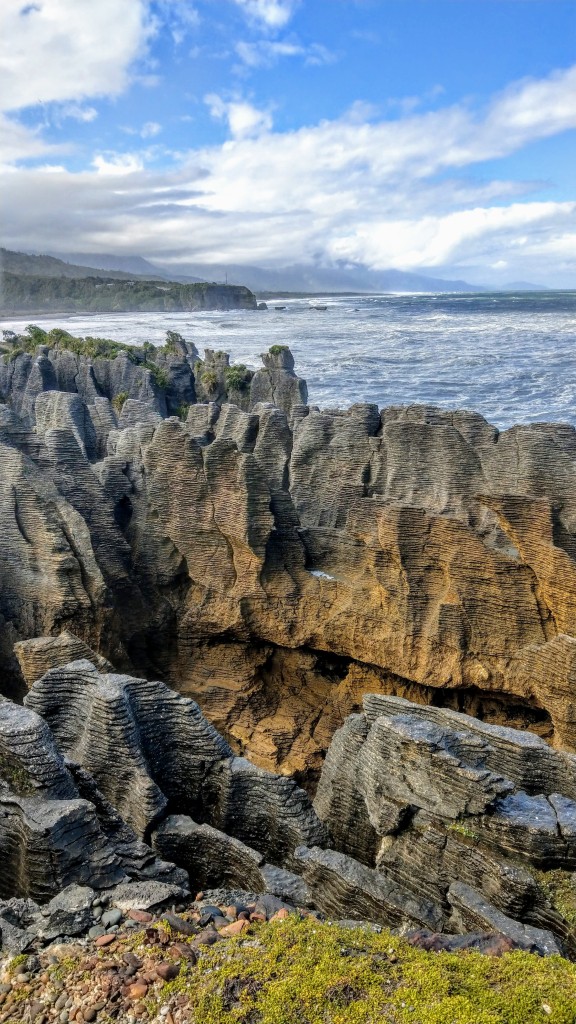 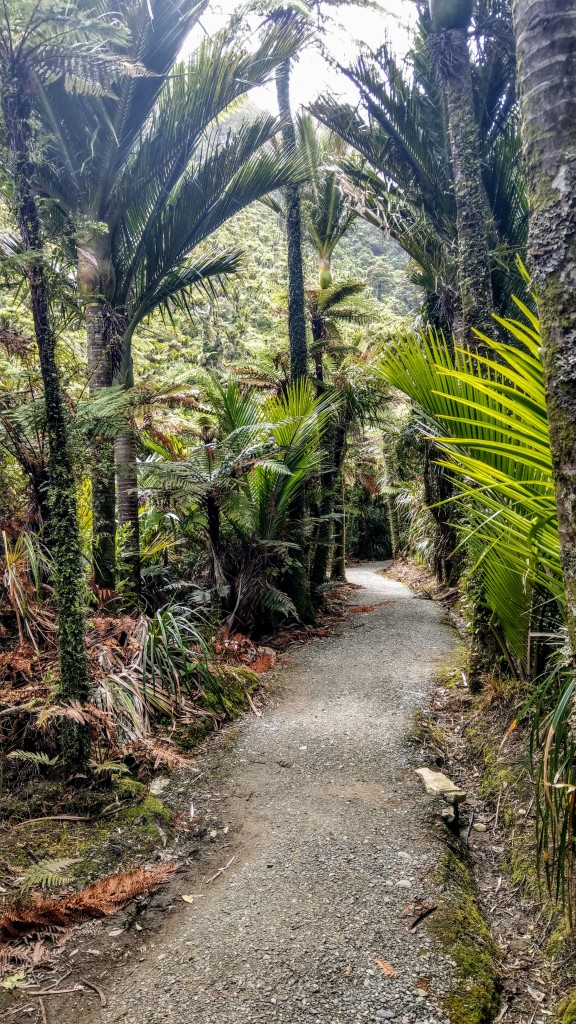 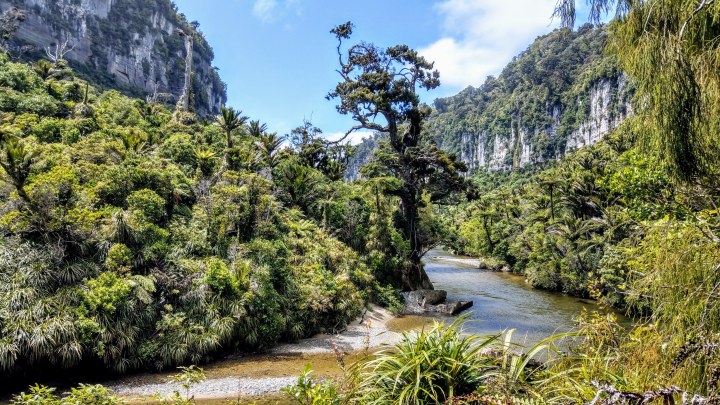 Not much choice as Punakaki is a very small settlement but I would recommend the cute little Punakaiki Beach Hostel and the very authentic Punakaiki Tavern.

On the road again ….

Short stop in Hokitika gorge, 35km south from Hokitika (quite a long boring drive to be quite transparent), and its milky grey water (and a swingbridge!).

And a second stop near Okarito to walk among the wetlands (Wetland & Okarito Trig walks): a completely new type of landscape! 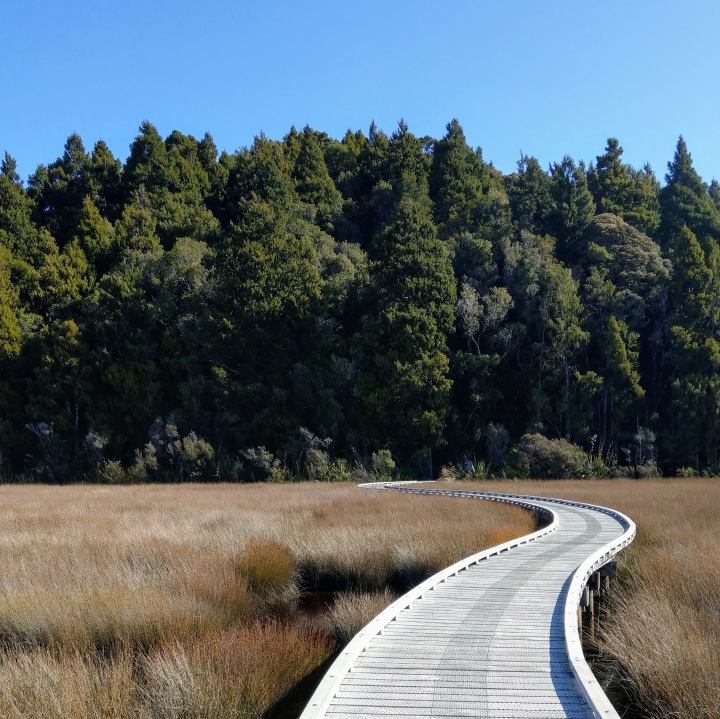 We spent the night in Franz Josef Glacier at the Franz Josef Montrose. Nice place, large kitchen and shared space, clean shared bathroom for those in a double room.

What to do in Franz Josef Glacier? 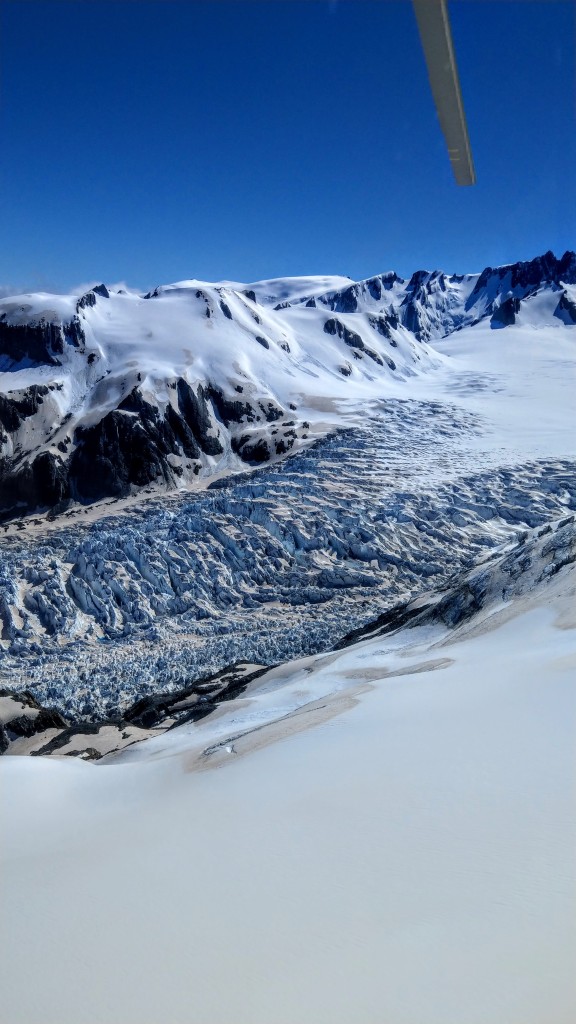 We left this beautiful place with stars in the eyes (and both my ears blocked… still sick) to drive even more South towards the Queenstown region.

Quick stop in Ship Creek near Haast to explore the beautiful sand dunes. 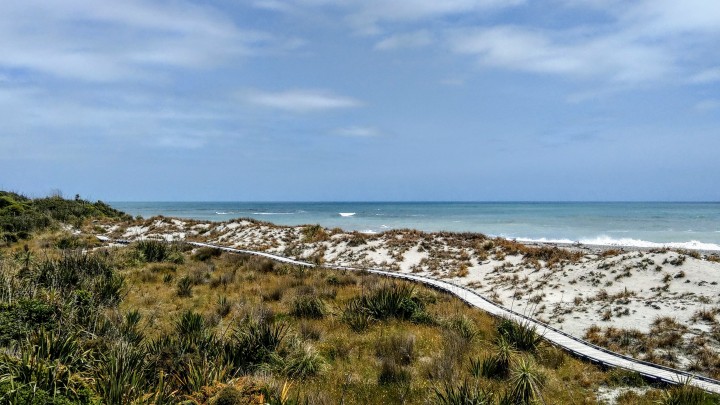 And another one to be mesmerised by the Blue Pools, outside Makarora. Oh and surprise: there’s a swingbridge! 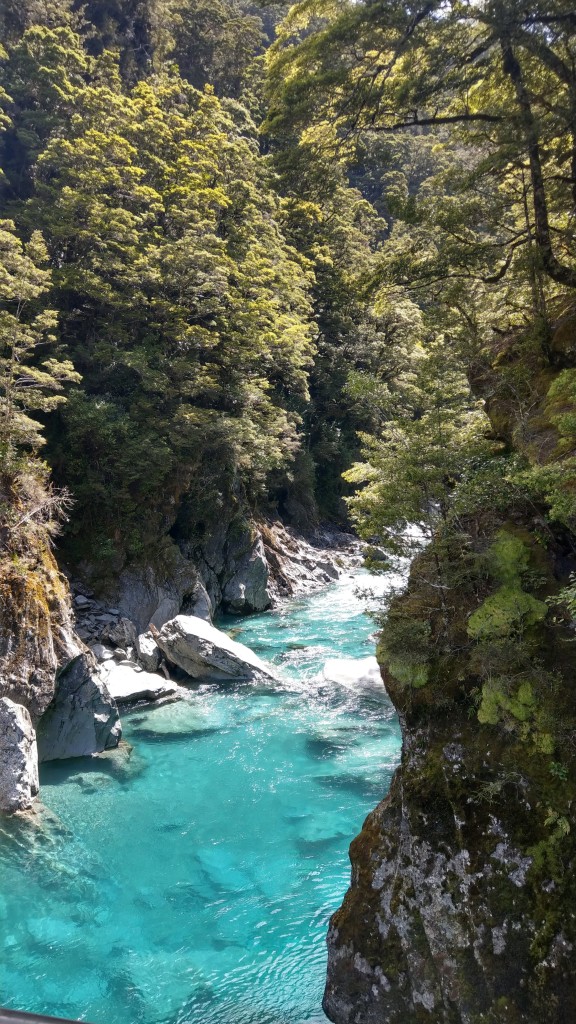 To eventually reach Queenstown… on Christmas eve. I know Queenswtown is the capital of all sorts of adrenaline activities but for us, it was more of a nice stop between the West Coast and the Fjordland region, and a place where we would find some life the night before my … birthday!

We started the night at the Pub on Wharf, went on dancing holding tea cups at The World bar and around 2am called a Uber to get back to the Pinewood lodge (comfy, with large kitchens ando common areas)

On the next day, we got breakfast with a view at Patagonia chocolates and walked all round Queenstown Gardens to admire Lake Wakatipu.

On the road again for 3 nights in Te Anau (I initially wanted to stay longer but prices for double rooms at that date in Queenstown were outside of our budget). 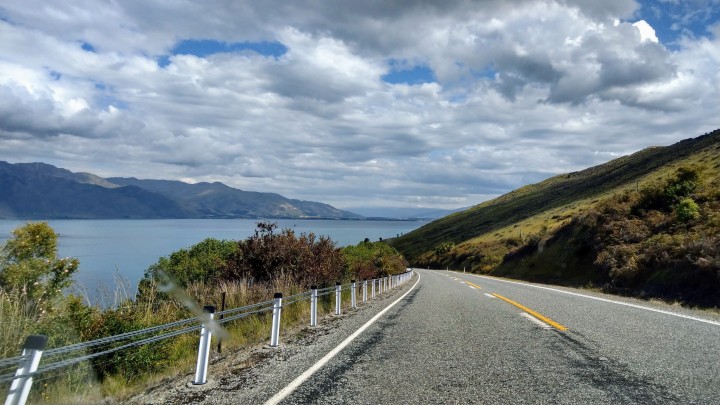 What to do in Te Anau?

Some nice places to eat and drink too: a pizza at The Olive Tree Cafe, a very nice meal (but be ready to queue) at the Fat Duck, a drink while listening to live music at the Redcliffe Cafe or at the Ranch bar.

Time to drive back up to Christchurch, but in 2 days!

First stop in Cromwell, a lovely historical precinct in the middle of the fruit region, a super warm valley. Quite a change coming from Fiordland! 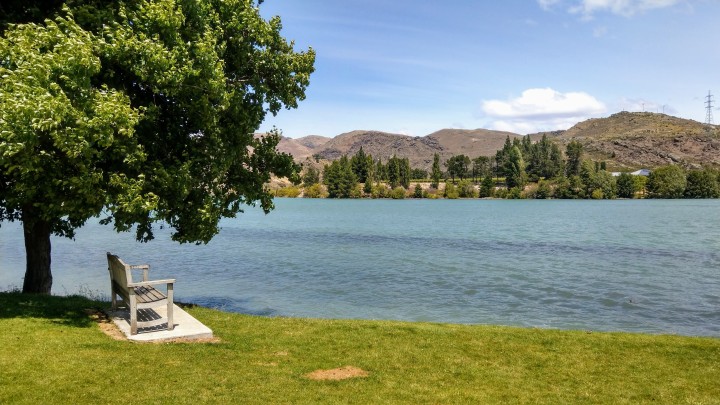 Second stop in Bendigo, where we walked around the remnants of an old settlement of gold mine workers. Be ready for a though ride, it’s not a road but a path with many small stones, but our little rental car survived, yay! 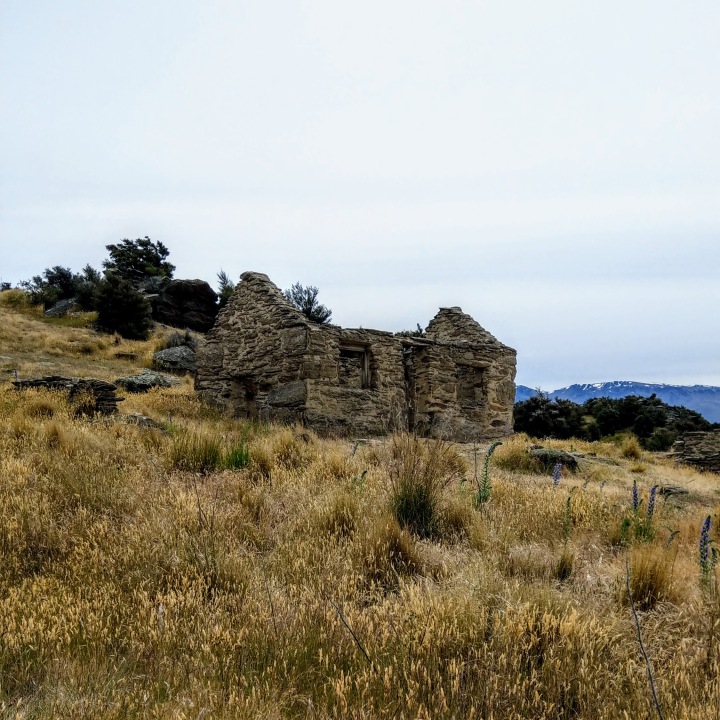 We spent the night literally in the middle of nowhere: the Dunstan Downs High Country Sheep Station just along the main road from Queenstown to Christchurch. There are little cabins, rooms in the main house and spaces for tents or campers. There’s absolutely no choice of accomodation in the area, I found this one on Hostelworld, nothing on Booking. And I was actually very happy, we met a lovely Swiss couple whilst cooking in the shared kitchen. 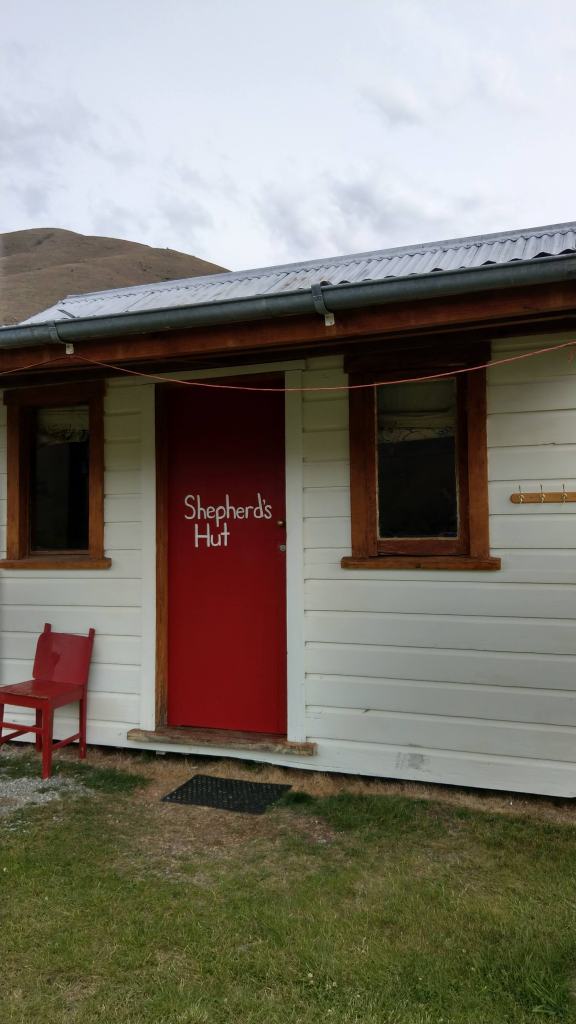 Last day of the trip! But what a day!

We first drove for more than one hour (mostly along stunning Lake Pukaki) to Aoraki/Mount Cook village to do the 10-km return Hooker Valley track and its 3 swingbridges. 9 days after seeing Mount Cook from a helicopter, we spent about 2hours walking (we have a fast pace, theoretically it takes 3) on the other side of Mount Cook in the beautiful valley. The end of the track is at the bottom of the Mueller Glacier. We could still still some bits of ice on the Hooker Lake, really impressive (and really cold there!).

Last stop in New-Zealand: the bluest of all the turquoise lakes of the country – Lake Tekapo! Go up to the Observatory (a few dollars to go up) to have an awesome (and windy) view.

Last night in New-Zealand at the JUCY Snooze Christchurch at a 8-minute walk from the airport. I strongly recommend it: the dorms are made of individual pods, the kitchen and common area is gigantic, colourful and filled with music. We dropped off our rental car in the evening, slept there as we had an early flight back to Sydney.

Bye bye Aotearoa… Still many places I would have liked to visit: Nelson, the Abdel Tasman Park, Dunedin, the Banks Peninsulta. One day….