One month ago, roaming charges disappeared in the EU! No more extra fees for SMS, calls and data! Yay!

Being involved personnally in the topic through work, I wanted to summarise what it exactly means in practice.

What does it cover exactly?

Will she pay for receiving a call in Rome though?

Nope! She won’t pay anything if her desperate family calls her to check if her plane/taxi/bus didn’t crash.

What about calling abroad from home?

When she calls or texts her friend Alice in France from Belgium, her operator charges her for an international call.
This is unfortunately not roaming 😦

What happens if she spends more than what is included in the bundle?

If Emilie uses all the calls and data included in her monthly subscription when she is in Rome, her Belgian  operator may apply a small charge on roaming consumption:

I’ve got an idea: Emilie should buy a SIM card in Romania! Cheaper than Belgium!

If Emilie buys a SIM card in Romania and goes back to her daily exciting life in Belgium, after 4 months, the Romanian operator can ask her to justify why she is spending more time abroad then in Romania. This is not roaming!

If she continues to spend more time abroad than in Romania, the  operator may start applying a surcharge to the roaming consumption. The surcharges (excluding VAT) are capped as follows: 3.2 cents per minute of voice call made, 1 cent per SM and €7.70 per GB of data (cap in 2017)

What are the exceptions? [Take your calculator out]

Emilie’s friend, Eeva, who lives in Finland will probably not be able to consume all of her data abroad.
If Eeva has a contract with unlimited data or very cheap data, the mobile operator will provide a large, but not total, volume of data without any additional fees.

From Your Europe:“The exact amount will depend on the price you pay for your mobile bundle.  The roaming data volume must be at least twice the volume obtained by dividing the price of the mobile bundle (excluding VAT) by the wholesale data roaming cap (€7.70 in 2017).

And what if Emilie was an Australian girl visiting Europe?

This wouldn’t impact the prices Emilie would pay to her Australian operator.
However, she can always try to buy a European SIM card… 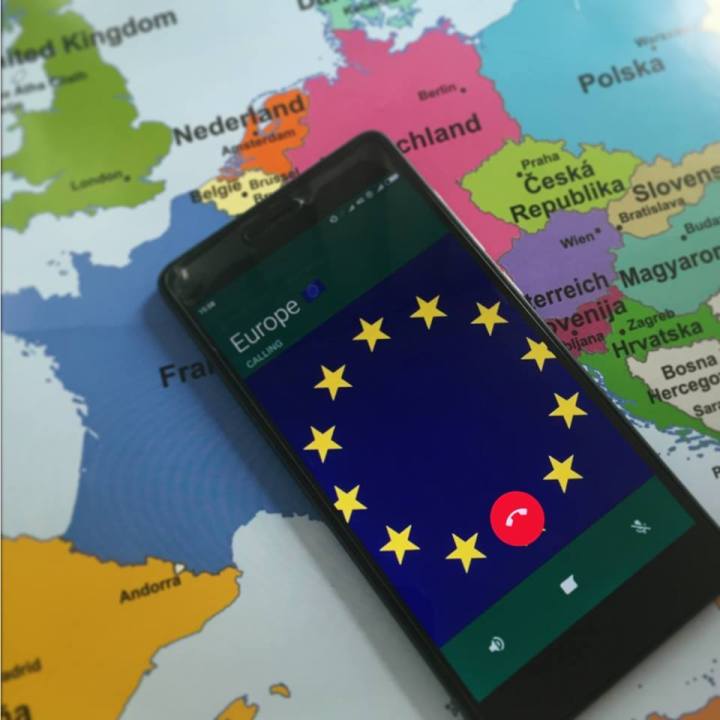 Does it work on a ship? Should you contact your operator? What about prepaid cards? Very good FAQ here!

And if you are too lazy to read, let me know if you have any questions, I will most probably be able to answer 🙂